Why I am running for the Greens in University- Rosedale

Thank you for the overwhelming warm welcome for my decision to run for the Ontario Green Party in the 2022 election. After 45 years of being meticulously non-partisan, I can no longer stand aside and merely shout at the radio when I learn about yet another environmental collapse or government outrage. 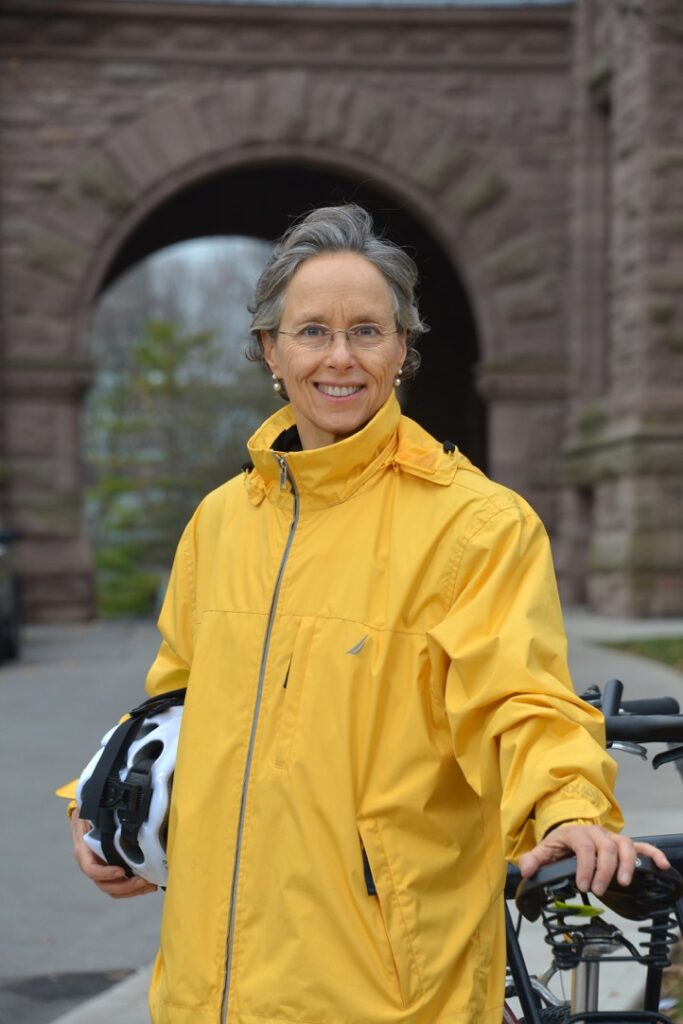 Dianne Saxe at the Ontario Legislature Why the Green Party?

Because none of the others are taking the environmental and climate crisis seriously. No question, the Ford government has done and is doing real and lasting damage in almost every area of energy, environment and climate policy, as both I and the Auditor General have reported to the Ontario Legislature. Ford's well-connected donors must be making a lot of money as woodlands, wetlands and farmlands are turned into concrete and asphalt.

The other parties are better, but not good enough. The Wynne government took many positive steps on climate; there are also good elements in the NDP policy platform. But both the Liberal and NDP parties are too timid; environment and climate are somewhere in their long lists of policies and priorities, but nowhere near the top. They have had lots of opportunities to get serious, but instead have chosen to do little. Neither of their leaders is a strong advocate for climate action. Their proposals are for incremental tinkering that simply doesn't match the science of what we have to do. Given how close we now are to environmental catastrophes, the Liberal and NDP plans remind me of bringing a garden hose to a wildfire when embers are already sizzling on the roof.

The Green Party is clear about the urgency and the priority, plus ideologically flexible about how we get there. No party has a monopoly of good ideas and we're going to need them all. But we need the Green Party to focus enough political attention on the climate and environmental crises that the public, and the other parties, get serious about them while there is still time.

Ok, but why run against a progressive NDP MPP, Jessica Bell, instead of against a Conservative? I have nothing against Ms. Bell, but:

2. None of the ridings in my community are held by Conservatives. All three are currently held by the NDP.

3. I strive to live my values. In University-Rosedale, I can campaign on foot, by bike, and by public transit without having to drive. That is not true of any riding currently held by Conservatives.

4. I don't want to be a spoiler as Ralph Nader was in 2000, splitting the vote and allowing a do-nothing candidate to be elected. This could happen if I parachuted into a riding with little Green support and a tight two way race between the Liberals and Conservatives. It cannot happen in University-Rosedale, where most voters prefer progressive leaders.

5. The strongest Green Party Riding Association in Toronto is in University Rosedale, headed by Ryan Phillips and Jim O'Reilly. It has been built up by 11 years of hard work by hundreds of volunteers, including long-time candidate Tim Grant. This is going to be a great group to work with, and the best place to make a Green Party breakthrough in Toronto. This is where we can win.

Will I be a great MPP?

What should an MPP know? During the lifetime I have spent in and around the riding, I have had amazing opportunities to learn how Ontario really works.

It helps that I grew up watching my father, Dr. Morton Shulman, be an outspoken and effective MPP. And there is always more to learn.

What should an MPP say? I speak truth to power. I have been punished for it, but it has not stopped me. I explain complex problems in memorable ways that people understand. And because of this, I have been privileged to earn peoples' trust.

How should an MPP start? By listening.

Yes, we can win in University-Rosedale in 2022, if those who care work together and start now. After Mike Schreiner, I am the most winnable candidate that the Green Party has in Ontario. With my unparallelled training and experience, I am the best person to represent this riding, and to find a way forward in difficult times.

The Green Party knows that attacking nature makes us unsafe. There is much to be frightened and angry about in Ontario today; many of us struggle with climate despair. Voters can tell that something is wrong, that we are being lied to, that the Ford government is degrading Ontario in some of the same ways that Trump has done. When you think about what we are leaving our children, how do you feel?

Do you want to keep feeling like that? I don't. How do we change it? Action feels better than anxiety, especially concrete action with friends. Let's make the Green Party a warm, welcoming, invigorating place to turn anger and despair into energy.

Let's start now. I am delighted to announce that, thanks to Lyndsey Lewis, my new website is up, votefordianne.ca. And that's where you come in. We need your time, your talent, your network and your financial support. June 2022 isn't very far away. To have a winning campaign, we will need hundreds of volunteers, thousands of new Green Party members and $100,000. I am asking each of you to do three things this month:

I spent much of 2021 preparing, and consulting on, the Green Party of Ontario Roadmap to Net Zero, the plan that sets the Canadian benchmark for action on climate, environment and equity. This free webinar gives an overview of the...

Fast green transition will save money too

An excellent new report from Oxford shows that a rapid green #energytransition will likely save many trillions of dollars - even before accounting for climate damages and co-benefits of climate policy, such as #cleanairforall. How? Continue exponentially increasing deployment of...

This is a photo of the Richards Complete Street project in Vancouver. Today, Richards Street has safe bike lanes plus a universal design buffer (avoiding conflicts with seniors and the disabled) which also creates dedicated permeable space for tree roots...

Canadians have not engaged very productively with the debate about whether the climate crisis and inequality are competing causes in a zero-sum game. But bold public policy can improve them both at the same time. See my article in Corporate...

Any serious #climateaction plan should start with a Zero Carbon Law and a binding Fair Share Carbon Budget. Check out the Green Party of Ontario's groundbreaking Bill 32 in the Ontario Legislature, and the Toronto Star's article about it. Plus, watch for our...