Extreme weather events, made more likely by the climate crisis, are costing Canada’s insurance companies heavily. Severe weather cost insurers $1.9 billion in 2018. But that’s not the only reason insurers should worry about global heating.

In February 2019, Canada’s Office of the Superintendent of Financial Institutions (OSFI) warned insurers that climate liability — the risk of being sued for climate damage — must also be “top of mind.” The OSFI is an independent regulator, supervising 400 financial institutions and 1,200 pension plans.

Within weeks, the OSFI had more reasons for its warning, when a powerful court decision against Canada’s tobacco companies provided another precedent for holding climate polluters liable.

Like “Big Tobacco,” the carbon majors — roughly 100 fossil fuel producers — have long known that their products cause climate change, but actively misled the public about it.

In March 2019, the Québec Court of Appeal denounced just such conduct when it ordered tobacco companies to pay $15 billion in compensation and punitive damages (decision available in French only). This single decision made Canada’s tobacco companies — including Imperial Tobacco and Rothmans, Benson & Hedges — insolvent. Within two weeks, they were in bankruptcy protection.

Both the trial court and the Court of Appeal ruled that tobacco companies had conspired to sell their products without informing consumers of the deadly consequences of smoking, instead they cast doubt on accurate information about health risks. Despite knowing the risks, the companies “wilfully and knowingly denied those risks and trivialized the evidence showing the dangers associated with their products,” the court ruled. 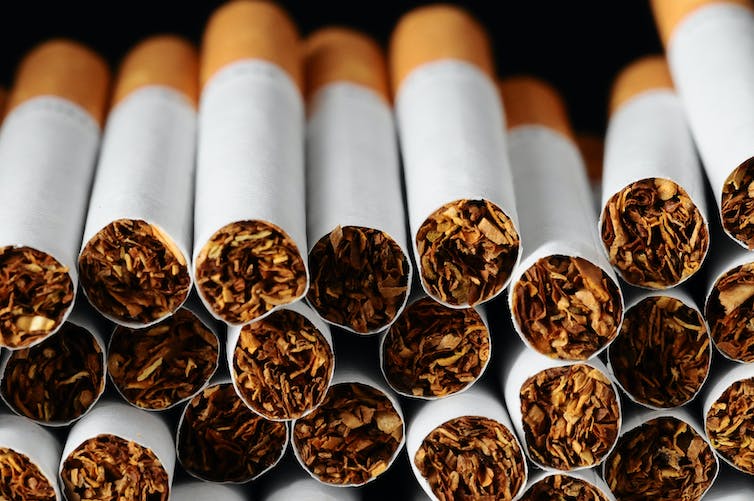 The court was outraged by tobacco companies’ flagrant conspiracy to mislead the public and to undermine the health warnings given by governments, medical bodies and anti-smoking groups: “[T]he harmful effects of smoking on health were not exactly denied but, rather, were characterized as being complicated, multi-dimensional and, especially, inconclusive, requiring much further research …,” it ruled.

The companies created doubt in the public mind about the health risks of smoking through “denial, minimization, use of partial science to assert the existence of a scientific controversy … insistence on the weaknesses of the statistical links … transformation of facts into opinions ….”

The court illustrated this conspiracy by quoting the companies’ attacks on the credibility of science and scientists. For example, the companies’ campaigns to discourage health regulators from acting on the Royal Society of Canada’s 1989 report, “Tobacco, Nicotine, and Addiction”, included a group letter, stating:

“We regard the Royal Society report as a political document, not a credible scientific review, and we look upon any attempt to brand six million Canadians who choose to smoke as "addicts” as insulting and irresponsible.“

The court utterly rejected the companies’ excuses that they were merely selling a legal product in compliance with regulations, and that everyone knew cigarettes were dangerous. According to the court, the companies were guilty of:

[B]ad faith behaviour, resulting from a deliberate concealment of the effects of smoking on the health of users, and then from systematic denial, minimization and trivialization of these, based in particular on the idea, cleverly but artificially maintained, of a scientific controversy and on the alleged weakness of the relations between cigarette and diseases or dependence, all coated with a misleading advertising strategy … .

Read more: Directors are in the crosshairs of corporate climate litigation

Civil liability for selling dangerous products while misleading the public is a kind of tort law. According to the Supreme Court of Canada, ”foreseeability is the fundamental moral glue of tort.“

Foreseeable climate damage to agriculture, water, infrastructure and others is already in the tens of trillions of dollars. Recent developments in attribution science — determining whether a storm or heatwave is caused or made worse by climate change — have made it easier to tie that damage to emissions from the carbon majors and the products that they sell.

This article was first published in The Conversation.

On October 24, 2022, Dr. Saxe was elected to become the Toronto City Councillor for beautiful University Rosedale, Ward 11. As a result, she is no longer accepting new clients. Thank you so much for your trust over the years....

Thank you so much to SustainabilityX® for naming me #3 in its inaugural Global 50 Women In Sustainability Awards 2022. Amazing to be in such great company! Congratulations to all the award winners, including Helle Bank Jorgensen and Sheila Watt-Cloutier....

As faithful listeners will have noticed, I took a break from the podcast during the most intense parts of the provincial election campaign, but I have now picked it up again. We posted a new episode in June and one...

On June 14, 2022, the Faculty of Environmental Studies at the University of Waterloo awarded me an honourary doctorate. Here is the address I gave to convocation: "When I am six years old, I fall in love with nature. Polio...

Hurrah, it is International Women’s Day. Remember the groundbreaking Paris Agreement of 2015? It was women like Christina Figureres, the visionary and collaborative leader of the UNFCCC who made that Agreement possible. Today, I salute all the women leaders who...